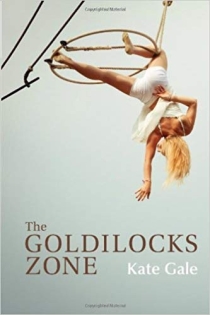 Dr. KATE GALE is co-founder and Managing Editor of Red Hen Press, Editor of the Los Angeles Review, and she teaches in the Low Residency MFA program at the University of Nebraska in Poetry.

Her agent is Maria Massie with Kimberly Witherspoon, and her manuscript out on submission is On the Eighth Day.

She is author of seven books of poetry including The Goldilocks Zone from the University of New Mexico Press in 2014, and Echo Light from Red Mountain in 2014 and six librettos including Rio de Sangre, a libretto for an opera with composer Don Davis, which had its world premiere October 2010 at the Florentine Opera in Milwaukee.

The Loneliest Girl is a testament to resilience, including its limits, a testament to the will to rise above a childhood where a girl has to sit on a seat of shame, and made to believe it is her own creation. This is the deft hand of the poet carving stone, not for the caress of water, but of the fiery blood that engraves stone. In lines with the radiance of silk on fire, Gale reveals an inner theater of transparency. These are poems that sing the world of song inside pain in a call for gentleness, for a meditative empathy toward the lonely girls in the world whose strength should inspire the searching of our own souls for what hurts us, as we see, in these poems, the courage a lonely girl must have to build the will to live.
Afaa M. Weaver
author of Spirit Boxing Follow Me:
The Loneliest Girl
Who was more alone than Medusa? Raped in Athena's temple, transformed into a monster, and banished into a cave, Medusa may be the ultimate example of victim blaming. In The Loneliest Girl, Kate Gale creates a powerful alternative narrative for Medusa and for all women who have carried guilt and shame--for being a woman, for not being enough, for being a victim.